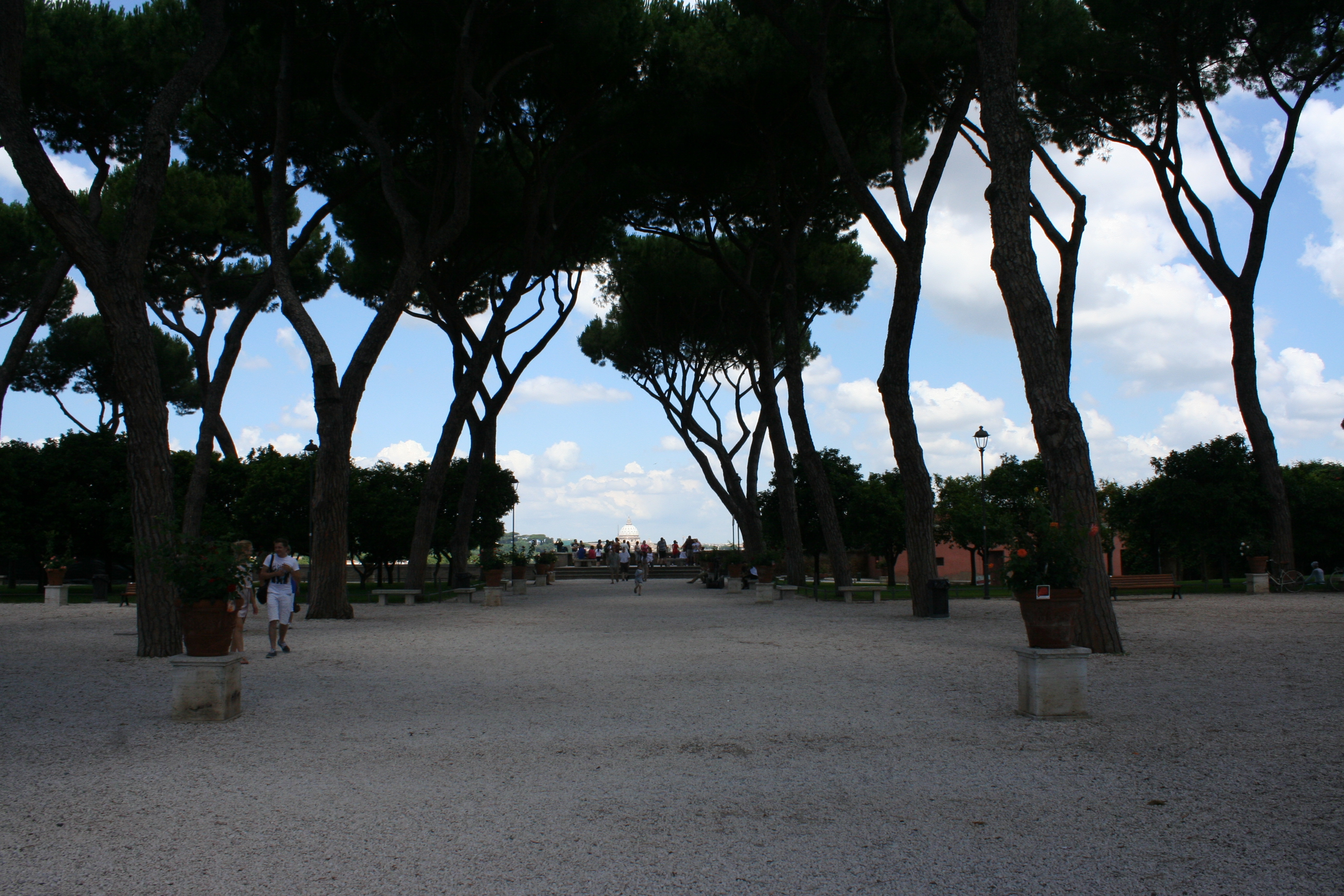 I wonder what it is about Rome that has me so mesmerized. Something inside me surges when I’m in Rome, and when I leave the Eternal City I am left feeling very barren.

Today my cousin and I took a day trip to Rome. We woke up at 7, which was a bit difficult to do since I was out after midnight playing billiards. We did manage to leave the house before 8, and drove to the train station in Frosinone. She had some business to attend to in the morning, but after that we spent the rest of the day free to explore Roma.

What’s interesting about this trip is that I got a chance to see lesser-known attractions in the city. We started at Circo Massimo, popping out from the subway station right next to it. After getting my fill of the ancient remains of the chariot-racing stadium, we had breakfast across the street. I had a perfect cappuccino and a croissant with Nutella filling. You know you’re jealous.

Across the street from San Bonifacio e Alessio there is a green door and you will mostly likely see a short line standing in front of it. The person at the front of the line is stooped over with their head leaning against the door, and maybe a hand or two cupping around their eyes. There is a small hole in the door, and when you look through it the first thing you’ll notice is something bright at the end of your vision. Surrounded by a garden of bushes, and far off into the view is the perfectly centered dome of Saint Peter’s. It’s no wonder why Rome is so well-suited for its modern-day life, it’s because it’s completely embraced its history and preserves it in these little ways. If you’re ever in that area, stop by that big green door and take a peak.

Also to note, one of my favorite things about today was a monument at La Passeggiata del Gianicola. While that area has amazing views of Rome, there is an inscription on the bottom of the monument for Giuseppe Garibaldi in the center that I became fixated on. It simply said ‘Roma o Morte.’ Rome or death. And I get it. I explained to my cousin that one day I want to live in Rome. Not wish to, not maybe, I made sure in my limited Italian to pound down it as a statement. One day I will live in Rome. I don’t think I’m ready to in my life, but I don’t see my future without it.

So, to wrap it up, today was another fantastic day. It was fun criss-crossing the city on the trains, walking around parts of the city that sanitized of tourists. It was nice buying lunch at a supermarket. Today almost felt like the antithesis of a day you’d expect to have in Rome. But for me, it was perfect, I did as the Romans did.