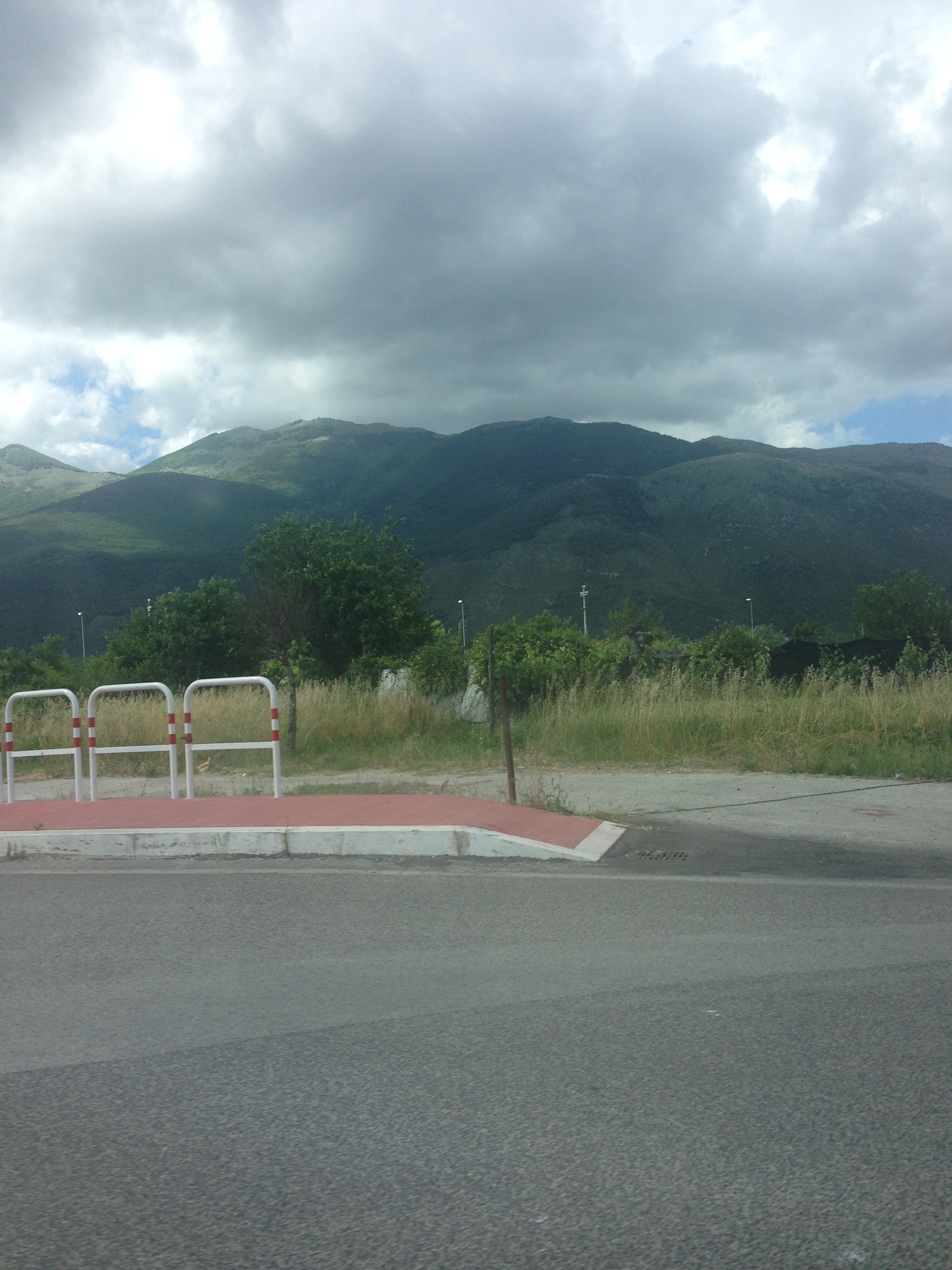 So I’ve just woken up from a nap and feel a bit refreshed and able to think a tad more straight. A tad.

My journey started yesterday when I left for the airport in New York- Monday at noon. My plane took off almost an hour late due to a mechanical problem. I was fortunate to snag a seat in business class which was very comfy for traveling. I wish I slept more on the plane but my excitement had a better grasp of my brain then my  practicality did. I watched The Wolverine and The Amazing Spider-Man. I was served dinner and breakfast as well, but I probably only got three hours tops of sleep. Silly girl.

I arrived in Rome about 8:30 in the morning on Tuesday. Customs went smoothly and I didn’t have to wait long for my checked luggage. Unfortunately my phone isn’t working right even though I opted for an international plan and I couldn’t call my cousin to let him know where I was. He eventually found me and we trekked our way to Castelliri.

I got situated in and after a while we had a filling lunch and enjoyed some sunshine. I had two espressos. We then went for a drive all around Castelliri, Isola di Liri, Carnello, Sora and the surrounding area. I saw the famous waterfall in Isola del Liri, known for being the only centered waterfall in the world. Then we ventured on to find a place that was on my must-see list. It was really important for me visit the house where my dad was born and lived. It is abandoned but the moment for me was intense. I couldn’t help but think that this is where it started for me. This is a hallowed ground in my history.

After, we stopped in Sora which is the larger city in the area and enjoyed a beer in the town square. There weren’t many people around but they were setting up for a feast of their Padronale for later in the day. Their was something so heavenly about the juxtaposition of palm trees bristling in the wind with an old church in the back drop. In another life I could have been here on a daily basis. Sipping cappuccinos and truly being apart of la dolce vita.

We then headed back to the house where I soon took a little nap because my lack of sleep began to grind me down. Tomorrow I think we’re going to Rome for a bit. On Friday I leave for Viterbo and start my three-week WWOOF program.

My italian is a little bit rusty, I haven’t taken a class in it in almost five years and I don’t have much opportunity to speak it at home (despite it being my father’s first tongue, but it’s hard to understand him at times). My cousin and I had a whole conversation using Google translate, it’s pretty miraculous how much that little piece of technology can help people get by.

I still really need to figure out my phone business, I don’t feel safe not having the capability to make a phone call. I can’t even make a phone call when I have WiFi. At least I can go on Facebook, check email, and straighten out some plans.

As I sat in the terminal yesterday awaiting departure, I had a silly thought that maybe after my stay in Viterbo I could travel down the coast and visit L’Isola di Ponza, where my mother’s family is. My father was uneasy about this idea because it is a bit difficult to travel to, but I’ll start looking deeper into. Otherwise I may want to stay a few days in Roma and focus on writing and sightseeing and just blending in with my surroundings. It should be an exciting time to be in Rome with the World Cup starting in a few weeks.

And so concludes my first day in Italy, or at least for now. I’ve taken a couple of pictures of my big D-SLR and only two on the camera in my phone. I don’t feel like uploading my D-LR pictures yet, so for now enjoy the two shots I took in transit somewhere in the Sora region.

If you’re still reading, congrats! Now I’m going to amble on about the little things that interest me. Growing up in an Italian-American household, I’ve always been surrounded by a rich culture. My family is big on speaking, eating, and keeping traditions alive from when they lived here. And now a part of me that has made me unique my entire life has found its connection. I always wondered where my ability to drive fast but not rush anything different from most of my fellow Americans. Driving down l’autostrada you realize everyone is zipping in and out of lanes, texting and speaking on their phone with fervent hand gestures. A lot of rules that are strict in America aren’t as tight here. Heck, I saw a passenger holding a baby in their lap. That would definitely warrant public outcry for negligence and such back in the states. But here it seems that people have a respect for each other that is just dying elsewhere. We’re all distracted in our lives, but Italians watch out for each other, almost bearing the sentiment that ‘we may not do everything perfect, but we know what we do effects others.’ I suppose I see that in my dad everyday, he always says ‘it’s nice to be important, but more important to be nice.’

I am absolutely loving it here in Italy. It is a dream, tranquil and bustling in its own small way. I cannot wait to share with you the rest of my adventure!