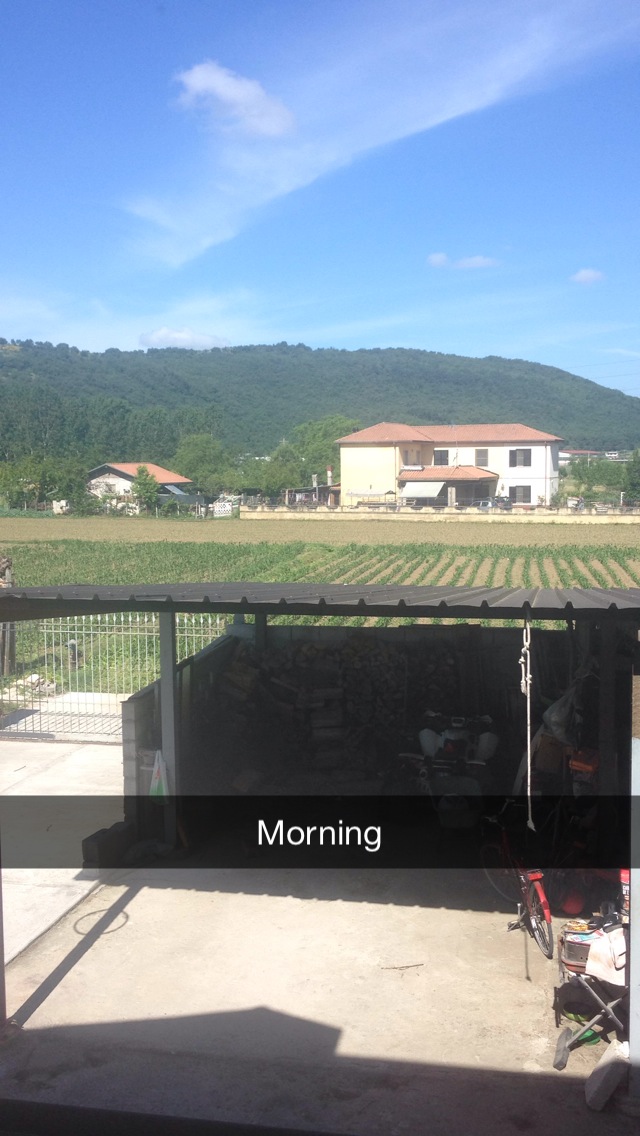 Before I start my recount on my second day in Italy, last night we went out for a pre-dinner cocktail, I forget the exact name of that what they call the cocktail before dinner, but it was really refreshing. Then we had dinner, showered and went to the feast I mentioned in my first post. It reminded me of our feasts back at home, which us Italian-Americans have done a pretty good job at preserving the traditions from here, now that I’ve seen it first-hand. Lots of food, knick-knacks, a band playing… the core elements of a good time.

So this morning we enjoyed croissants and cappuccinos for breakfast and drove to the train station where we hopped on board and rode it to the Spagna station, which us English speakers identify as the Spanish Steps.

We meandered our way through the crowds and cobbled streets to also visit the Trevi Fountain, La Piazza del Polpolo, the building where the politicians meets (forgot the name but I did take a picture of the name on my D-SLR),  Altare della Patria, the Roman Forum, the Pantheon, a few other piazzas and of course the Colosseum.  Last time I didn’t get a chance to go inside the Pantheon or see Altare della Patria, so seeing those for the first time reminded me how magical Rome is. My cousin asked me if I prefer Rome or New York and not even having to think about it my answer is Rome. He thought I was crazy because he loves New York.

We had lunch at McDonald’s which was funny because I don’t even eat McDonald’s at home but wanted to see what it was like here. Pretty similar in standards. The large soda is the size of our American-sized small. I was a bit embarrassed over that. Also, Italians do not seem to put ketchup on their french fries (patatine fritte).

I can’t figure out how Italians walk. I tried my hardest to to walk as slow as they do, but still was walking ahead of our little group. But then at times they would end up halfway down the block from me moving still at their glacial pace. I do not know how that happens.

We hopped on the train during rush hour so it was crowded. The Italian trains tell you what side the door is opening prior to arriving, so you can already situate yourself to that side. I napped in the car on the drive back.

When we got back to the house we played with the kittens (one of them pictured below). Cats always make me smile. So let’s see what tonight and tomorrow brings.