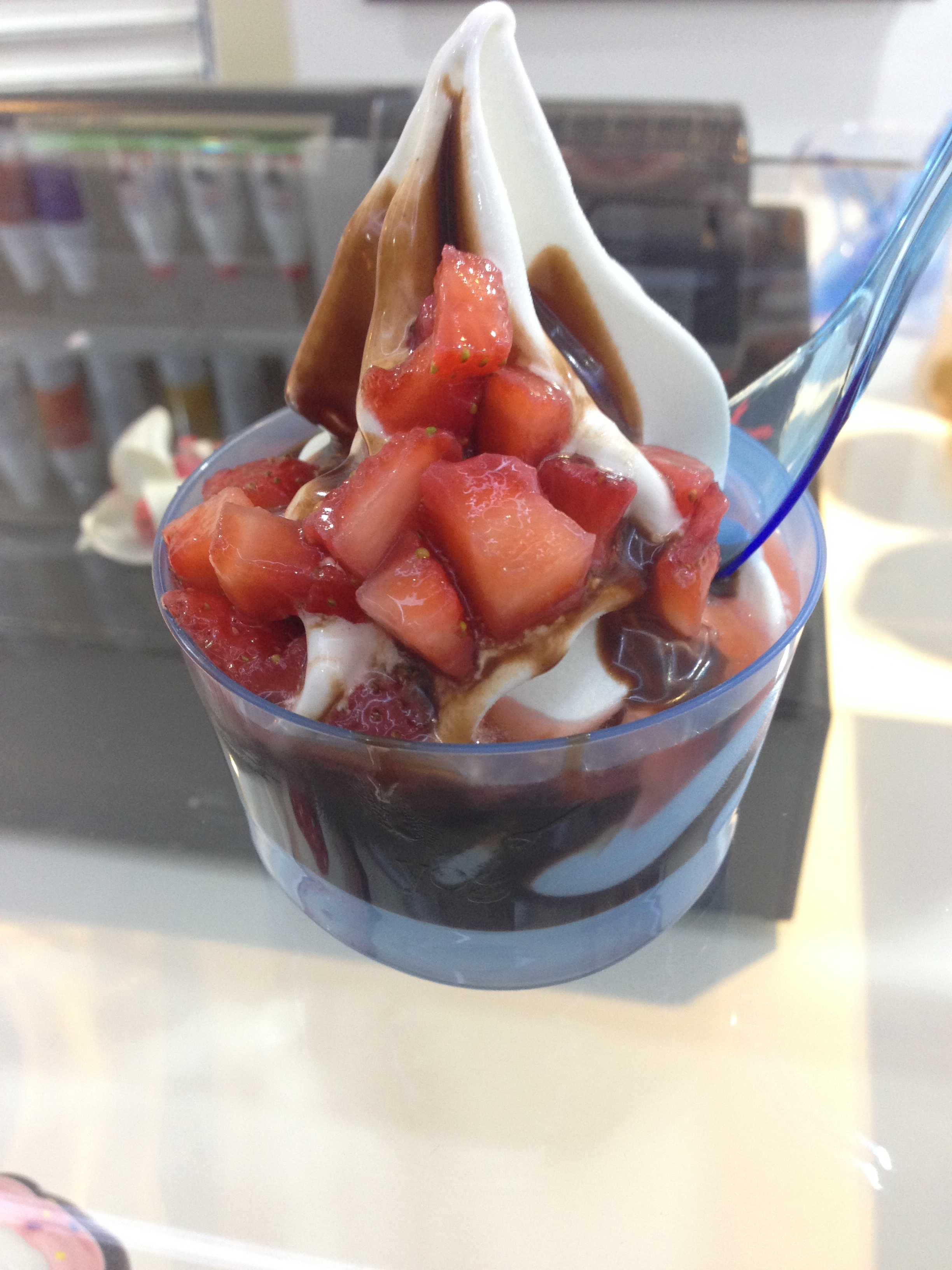 So I had another lovely weekend after my visit to Napoli. The only downtrodden thing was Italy losing their match against Costa Rica on Saturday. We’ll rebound against Uruguay tomorrow.

After the match, we had dinner, and then I showered. We took in a trip into Sora to see them setting up l’infiorata, which is a traditional festival before Corpus Christi (Corpus Domini). There were people creating street art with flowers and vegetables depicting biblical scenes. There was also a large stage set up in the piazza and they had little kids singing songs and it was really wonderful. I also got to try Italian frozen yogurt. I chose Nutella syrup and strawberries as toppings. Let me tell you how great of a decision that was.

On Sunday we headed back to the charming seaside town of Sperlonga. I bought a bathing suit right on the beach for 14 Euro. Not a bad price at all. The top fits perfect but the bottom is a little small. That’s okay because I like to mix and match my bathing suits anyway.

My time here is beginning to wind down. I feel it. I leave on July 3rd, so I still have plenty of time to soak in the local sights and culture. But, I already feel that sadness seeping into my mind. We were driving back from the beach and I was looking at the mountains against the sunset and I got a bit teary-eyed. These sights have become so precious to me and I know I will miss getting to stare and revel at their beauty. I am envious of this life.

On the 28th, my cousin and I are going to Ponza for three days. The island of Ponza is where my moms side of the family originated from. They all moved to New York in the early 1900’s. I’ve heard varied stories as to why but the one that interests me most is the one where they were targeted by the fascist party and left to avoid capture by Mussolini’s camp. The island of Ponza and the neighboring island Ventotene served as political prisons for opponents of fascism. Mussolini himself was imprisoned on the island for several weeks after he was overthrown in 1943. But that was much after my family had left.

I’m so excited for this trip. I won’t rush through the week though because I know how short my time is running.