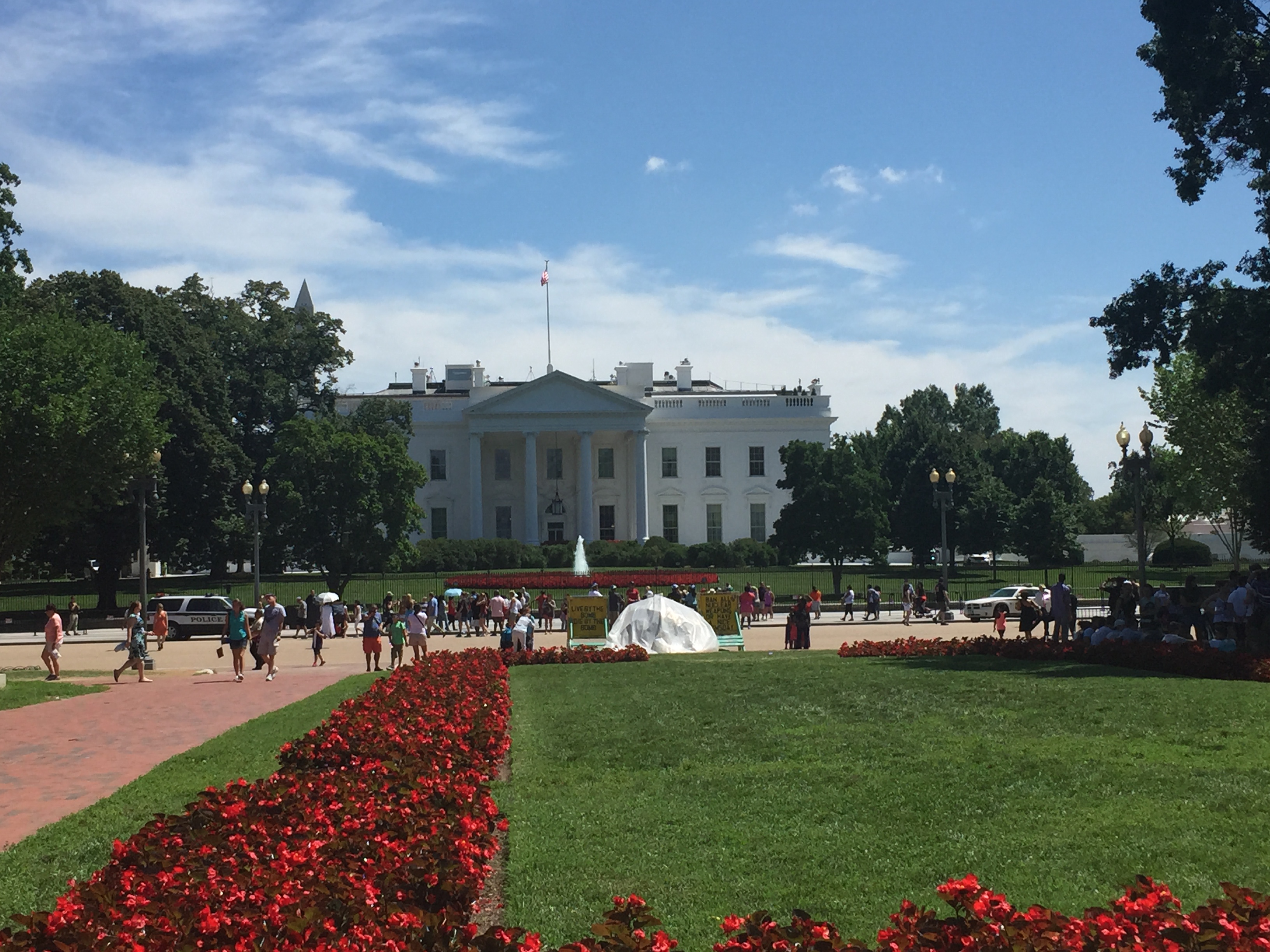 If you’re familiar with my life, which maybe you are, maybe you aren’t, you would know last year I took a six-week trip to Italy on a whim. It ended up being one, if not the best, experience of my life. Earlier this year I took a semi-spontaneous trip to visit my brother again in Phoenix, but the travel bug bites, and it bites me exceptionally hard.

Now, this year I’m not as fortunate to be able to take a big trip like that due to several factors. However, one of my best friends Alex had just moved down to Washington D.C. She’s there alone for a few weeks before her boyfriend moves down for graduate school, so she’s been a bit lonely. About two weeks ago the idea popped into my head to just go. I booked my flights and flew there on Monday, July 13. I returned early yesterday, the 16th. We fit a lot into 3 days and it was my first time to visit the capital.

After picking me up from the airport, we stopped quick at her apartment to change and freshen up and walked down to the bus station. The bus ride was a quick ten minute ride to the Pentagon metro station (not to be confused with the Pentagon City station -as she explained). Even during rush hour times the trains never seemed full. As a New Yorker who has commuted on multiple occasions I was astonished that people didn’t need to pack in like sardines. All the trains did seem a bit outdated, there was no ticker overhead announcing what stop was next or a light-up map either. So you do need to pay attention to the stops. I have to wonder what is at the Foggy Bottom stop. Also, the regular fair cards (not the Smartrip cards) don’t tell you how much is left on your balance. And the metro prices on how far you are going so you pay for how many stops rather than just to use.

We took the metro right to the National Mall, which is under construction in places. We stopped in the Smithsonian Castle and then headed to the top two museums on our lists (she had been to both before, but they are a must!) I kept getting these names mixed up, but apparently everyone does. First we viewed the National Museum of American History, which had great pieces. The Smithsonian does a superb job of curating. One of my favorite Periscope users is an archaeologist who always talked about being ‘edutained,’ and I certainly felt edutained walking out. This museum has such a wide-range collection, from George Washington’s swords to First Ladies gowns, a slab of the Berlin Wall, and different presidential mementos. There’s definitely an embarrassing video of me at the presidential podium giving John F. Kennedy’s inaugural speech. That won’t be shared here, but look for the picture.

The next museum was the Museum of Natural History. Another amazing museum. They have Harry Winston’s Hope Diamond, an Ancient Egypt exhibit and an oceans exhibit among many others. The only exhibit I wasn’t crazy for was the taxidermy animals. I especially enjoyed the Bollywood and African exhibits. It pushes the boundaries of what you thought you knew.

We rounded out the first day with a visit to the National Archives to see the Declaration of Independence, the Constitution, and the Bill of Rights. There are no photos allowed in the Rotunda which is for the health of the documents. It was an amazing experience to be in the same room as the most important documents in US history. The Founding Fathers were so intelligent in understanding that times change and so do people’s mindsets. What may have not been okay twenty years ago, is commonplace today, and I think we all need to realize that our freedom is in place to protect everyone’s ideals.

The next day we strapped on comfortable shoes and walked the National Mall, visiting almost all of the monuments, the Washington Monument, the Jefferson Memorial, the Lincoln Memorial, the Korean War Veterans Memorial, the Vietnam War Veterans Memorial, Martin Luther King Jr., FDR, World War II, and several others. We also stopped to visit the White House, which looks so different in person. While these monuments evoked a sense of reflection and humbleness in me I couldn’t help but think about what could be next.

The third day we took it easy and enjoyed the sweet peacefulness of her town and doing things we normally did when we lived together in college (i.e.: gossip, watch weird/bad movies, and eat food).

There are plenty of things I still want to do in D.C., like visit many of the other Smithsonian museums, and other museums like the Spy Museum, the Newseum, and the Writers Museum. I would also love to visit the Library of Congress, the Supreme Court, the Capitol, the Ford Theatre and Arlington National Cemetery. D.C. is one of those places where you can always return to something new, and it is something I look forward to when visiting Alex down there over the next few years.